Embark on a trip through time to the second century before Christ when the hill-fort settlements of Picuga and the top of Sveti Anđel (Holy Angel) were founded on surrounding higher ground from where the inhabitants could better defend themselves.  Later Ancient Greek records from the 6th century BC bear witness to a small fishing settlement which the Romans, through conquering the Histrians, will transform into their colony Iuliu Parentium.  The remains of Villa rustica, ancient temples and its urban centre bear witness to the influence of the Roman Empire.

This was followed by centuries of occupation and colonisation.  In the year 539 the rule of the Byzantine Empire began and as early as the beginning of the 7th century Poreč was inhabited by the Slavs who built their first permanent settlement here around the year 620.  By 1267, when Poreč came under the rule of the Venetian Republic, Poreč had been under Frankish rule and the rule of Aquileian  Patriarchs.  For the next five hundred years they ruled the entire coastal belt of Western Istria.  With the fall of the once mighty and powerful Venice in 1797 Poreč fell under Napoleonic rule and in 1814 became part of the Austro-Hungarian Monarchy.

Starting in 1861 Poreč became the capital city of Istria and the seat of the Istrian Parliament.  From 1920 to 1943 Italy ruled over the city while from 1943 onwards Poreč and the rest of Istria became part of Croatia. 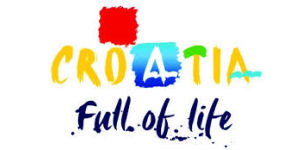